All I can say is WOW…before we started my body started with this low buzz of all my cells… anticipation of what was to come. I know Peter’s powerhouse energy and upon stumbling onto Christy a couple years ago I sensed she had some intense energy as well. I knew the 2 of them together would be nothing less than AWESOME 🎇 this is the start of the trilogy with finding divine balance within self….there isn’t a lot of words…highly recommend you try it for yourself….it’s an experience!!!
Peter and Christy bring it home…my cells were vibin bigtime at the end of the call! Thank you…many blessings and lotsaluv, you two,
Georgia Arizona

“Grab a cup of water, raise your left hand, spread your fingers and say “ I honor the space in which you exist”

I did what Peter asked me to do without much thought, after all his guidance has led to some prosperous times in my life.

He told me to drink the water then lay down on the bed.

What happened next can only be explained as a dream like state of bliss.

Peter told me to imagine that I was underwater.

As I laid there on what I imagined to be the ocean floor, I felt a sense of peace that I had not felt in a while.

I rose to the surface of the ocean but could not make it to the other side of the water.

I then saw a figure cloaked in light, he reached his hand out grabbed me and pulled me through to the other side of the water.

I opened my eyes and never felt so alive.

It was like my 3rd eye chakra was fully open and my “spidey senses were tignling” The following week I felt so present and focused. Creatively I could write and design anything that I thought of with ease.

My life was going through a rough patch and I felt like this session gave me the staying power to see it through and not be affected by anything negative that was going on around me.

Weeks later and my visual powers have increased x10 fold. I literally can imagine an entire world and walk through it. I have never had this much confidence in my spiritual abilities and power. Thank you Peter!!!

It’s been nearly a month and I am still feeling the effects of the session. ”

The Life Giving Store of Intentions

over time I have purchased Aquaware 4.0 5.0 upgrade , Navitus download ( free) , 12th Project, The Sourxe versions, attended all workshops and used replays, purchased workshops from the website, TR Resonator, IAM Safe Pyramids,
MDM minutes and shows, the IAM FEARLESS bracelet, the HFA A NEW WAY TO TRAVEL, and other products, private sessions, Body Geometry and calibrated vibrations in other forms. my goal has always been to attune myself with LIFE, rather than be held hostage by it. Therefore, by investing in LIFE AFFIRMING practices I have created an updated version of a candy store , bakery, ( my favorite places as a kid) where I can call upon Peter Schenk’s various creations to assist me in knowing ,

The More We Use It the Greater the Results!

I was first introduced to AquaWare a few yrs ago, it was AW version 4.0 at the time. Had been dubious initially but an online interview w Peter included charging water and the difference in the feel, taste, and character before charging vs after was pretty astonishing. Though I could not fathom how it worked, ha (not intellectually anyway!) intuitively I was getting strong guidance to go for it. We began using the program and had some excellent results personally as did others to whom we introduced the technology.

Fast forward to a few months ago when I learned that an updated version had been released, AW 5.1. It offered some advanced and improved features & functions over ver 4.0, particularly the processing speed, ability to layer more intents into a Quantum Layering session (QLS file), and a few add’l features. I opted for AW 5.1, downloaded & installed it, and felt such a powerful affinity to the new version that I began to use it daily, often multiple times daily, to astonishing effect in many instances. The Custom Intents were part of the earlier version however for whatever reason I was not drawn to use them nearly as much.

I have experienced phenomenal results with AW 5.1 since firing it up for the first time earlier this year in terms of health & fitness, energy, relationships, intuitive capacity, consciousness, spiritual evolution/awakening, and perhaps the most significant area for me, manifestation! Directing one’s attention to the target H2O vessel absolutely changes the qualities of the water (texture/feel, taste, energy, etc), charges it with one’s chosen intent, and undeniably brings about often remarkable effects & results after drinking, sometimes almost instantly.

We love AW 5.1, and are having an amazing, fun time using it and would highly recommend to others, even if one is unable to explain or thoroughly understand the technology. Peters says water is THE most programmable substance on the planet, I have to agree and am genuinely grateful to have been able to incorporate it into my life on too many levels to count!

Core Clearing session: My first session with Peter was the Core Clearing and it was a beautiful experience. I have a few excerpts from my experience but there are little words to describe it:
At the start, I saw shining copper as a lot of energy moved upwards through my crown towards a pyramid; while simultaneously I had visions of large pieces of strata and terrestrial crust exploding in space.
Lots of light and colors and energy flowed up and down my channel throughout the session. White light up and down through my crown and filling the room.
At one point I saw a maroon vulva giving birth to something white.  As I watched it emerge, I found myself staring at a large diamond!
Afterwards, I expected to be an emotional wreck but was not, although I could tell I needed to go gently with myself for the rest of the day. Instead I had this feeling that something inside was a little tender for a few days, like being sore after a workout.
I believe this experience, combined with a subsequent energetic session is continuing to unfold for me weeks after, and has so far culminated in more quiet and calm, as in being more centered, accepting, and present in the midst of life. I recommend the experience and working with Peter!

Q Shield for animals
So here is my mind blowing story. I have a three year old cat that has social issues, doesn’t like anyone in my house, it’s hardly sweet ( which I’m not used to w previous cats). Fast forward, I meet a significant other that I’m spending a lot of time with at his house and I was leaving my cat back home with a lot of guilt and sadness. My boyfriend wanted me to bring him to his house which I might add, is a brand new house with new hardwood floors, etc. And I thought, “absolutely not”. This cat will urinate and be upset. But he kept insisting on bringing the cat home. I called my vet and she said and I quote, “you can’t do it, he won’t do well and he will pee all over the place.
Then, someone told me about the Q shield and I bought it immediately with a lot of skepticism but with a lot of hope. We put it on, activate it, and waited a week. Then, we did the transfer. To my surprise, my Rufus walked in as if he had always lived there. Made himself comfortable in the couch, in beds and ate properly. No attitudes. On top of it, my boyfriend has a lot of family dropping in, which made me also very anxious as I did not know how Rufus would react to all this people. Surprise! He let everyone touch him as if he knew them. It’s been a week an a half and he has not done any kind of damage. Definitely, there is something to say about this product. It has changed my life and the life of my cat allowing me to have a great relationship with him included. Definitely highly recommend.

P.S. He did extremely well in the car ride as well 😳 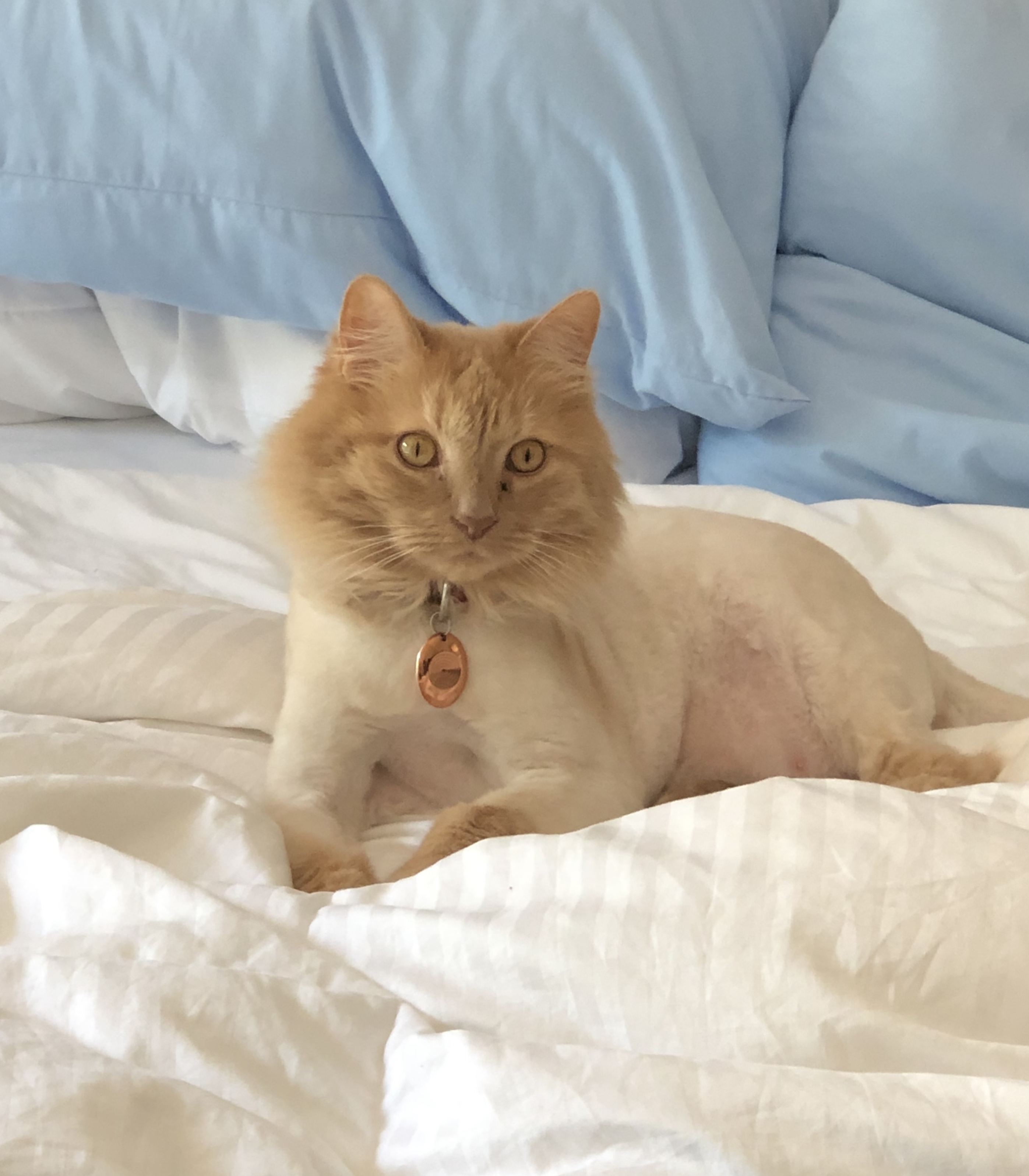 The Beauty of Orion and the Receiving workshops

words cannot describe the incredible beauty of Orion both physically and energetically.
Everything harmonises even in the difficult places. I hesitate to put actual descriptions on this for it would be so very different for everyone but really it is the lights are switched on and the path becomes clear..such a wonderful gift. Thank you so much.
And on top of that with the purchase through the You Wealth Revolution Package you so generously added in the Receiving workshops.( still available folks)
Everyone needs these!!
They are so incredibly beautiful and the energy is wonderful and clear and bright and you feel amazing beauty all around you. Do I sound high? Yep its the energy of beauty and high frequency. The infinite possibilities of existence are opened up to us all through this,
Such generosity in these wonderful gifts from you Peter!
May you continue to create wonderful worlds of energy for us all. I love Orion and thank you from the bottom of my heart.
Love and many best wishes
Rahima 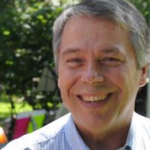 I had a Chakra core session with Peter a few days ago. The session itself provided a tremendous sense of relief. I felt that lots of bottled up
energy, stress, emotion and mental debris was drained away and replaced by a healing and peaceful pool of energy. In the days since I have been more relaxed and at peace, more focused and productive. I’ve also experienced clearer thinking and perception. This has resulted in numerous insights into chronic issues that have dogged me, allowing me to let them go and move on. It was a profound experience with an ongoing impact on me and my life.

hope you are blooming and blossoming!

Woke up this morning in the pit of the worst energy for no special reason :))
Meditated awhile and no shift…curious..

Switched on the Darius and You call to catch up….wow!
Cobwebs blown away clear energy zoomed in and dark space no more…thank you so much!

Orion ordered and I got all those bonuses too..so very generous!

Thank you so very much.

have a wonderful day Peter

love and many best wishes to you

and ten days on still amazing feeling and many break throughs!

My blood pressure reading used to be 140-130/109 but after practicing the “Body Geometry Cleaning your Blood” for less than a week, my blood pressure went down. It is now 120/70. Considering I have not been taking my prescribed medication for the last three weeks because of the bad side effects. I am ecstatic. Thank you very much Peter.