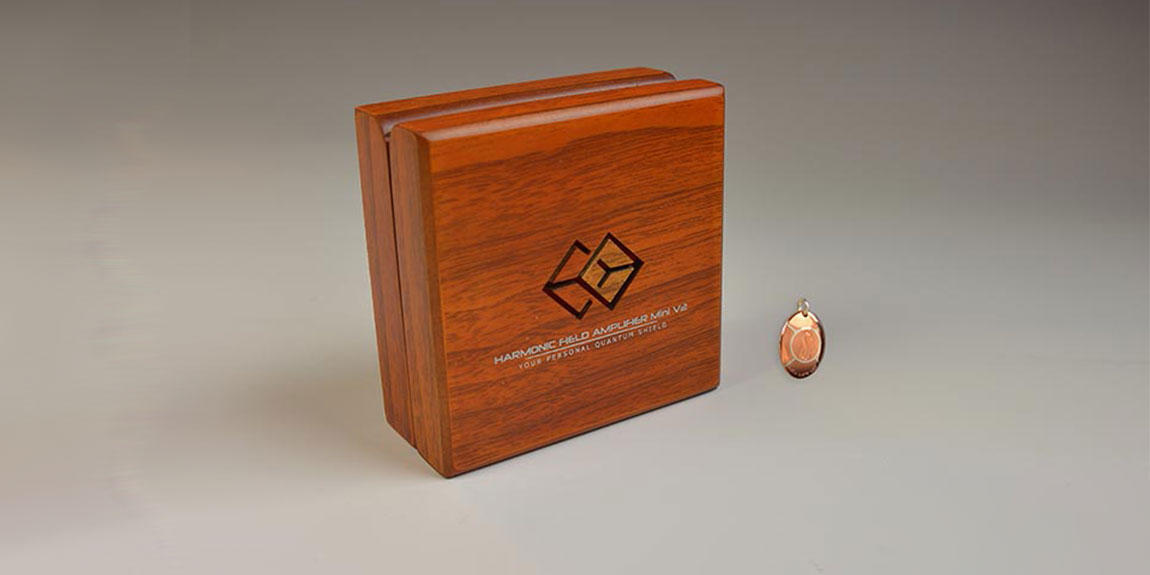 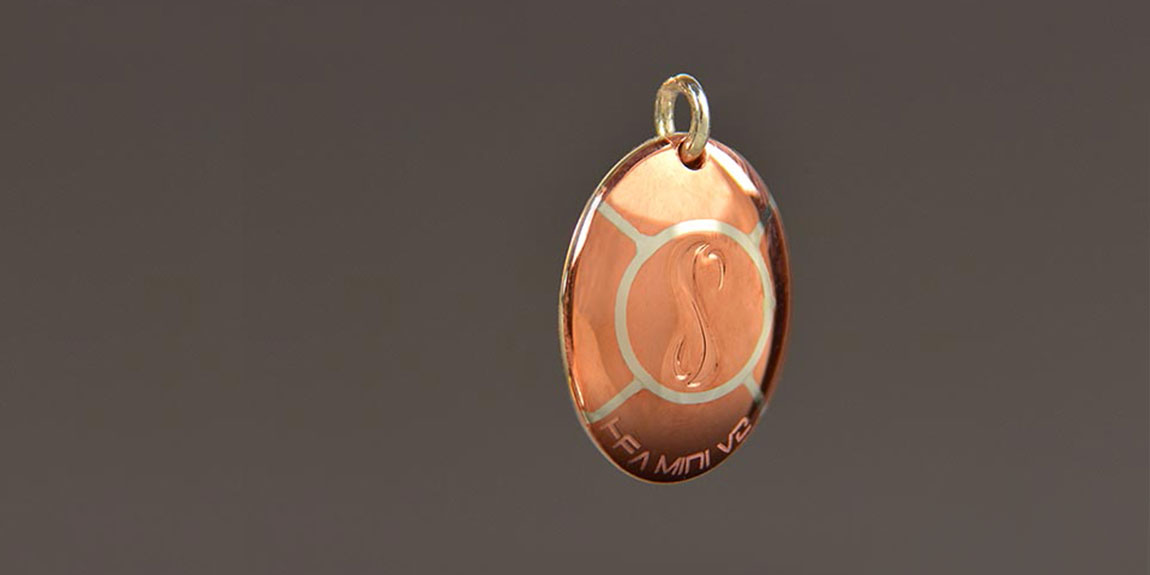 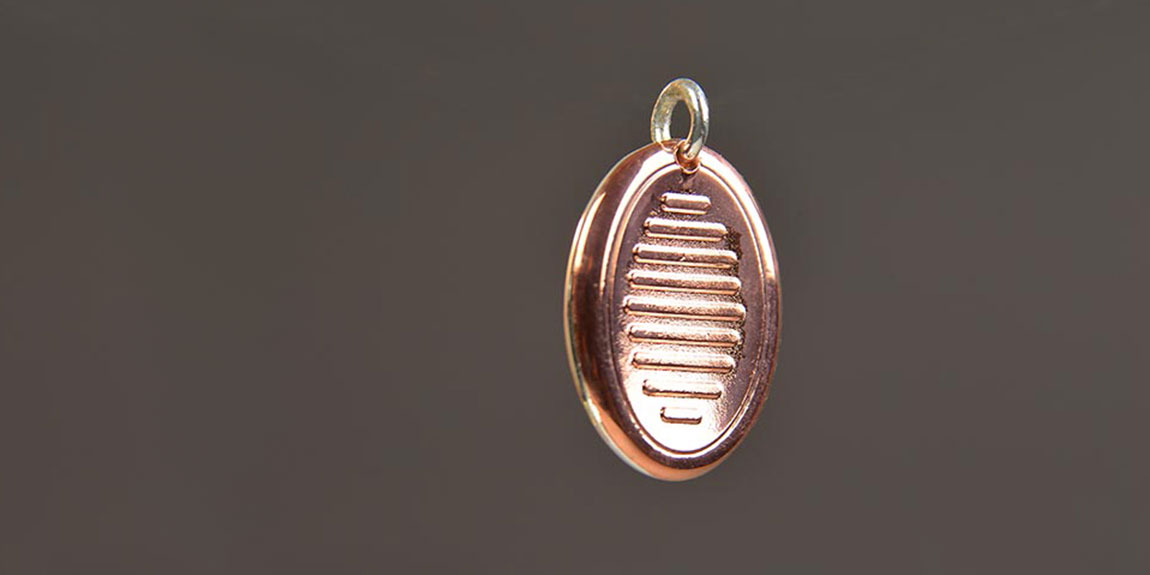 Surround Your Auric Field with a Protective, Healing Energy 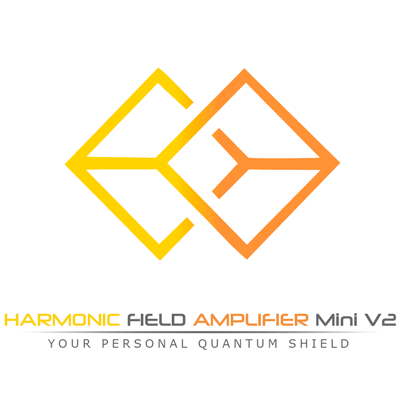 Wear a beautiful amulet that is more than just a symbol. The HFA Mini v2 is a Harmonic Field Amplifier that surrounds your auric field with a protective, healing energy. Insulate yourself and those you love from unwanted negativity, unhealthy patterns… even road rage! The HFA Mini v2 harnesses the same breakthrough technology as the HFA+, but in a beautifully compact pendant that you can wear or carry in your pocket.

Whether you notice it or not, you come into contact with positive and negative emotional energy all of the time. Visiting with family, talking with coworkers, even passing by others on the street or engaging with them on social media can cause a shift in your own energy by association. If everybody was healthy and in a good mood all of the time, this wouldn’t be a problem. But we all know that isn’t the case! 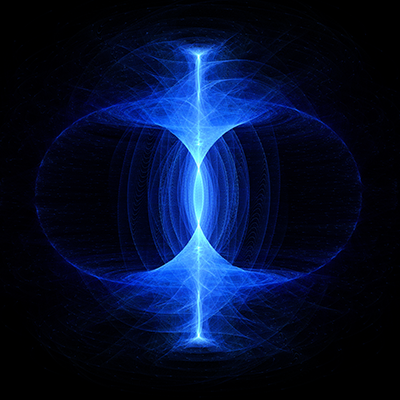 By running your immediate atmosphere through a zero point energetic field, the HFA Mini v2 cleanses and recharges the energy in it. The effect is a calmer, more balanced outlook that leads you to attract more prosperity, love and abundance… times 2!

The HFA Mini v2 has been beautifully enhanced from the previous version with a compact size that packs in additional silver energetic channels so that it is even more powerful than before!

Protect yourself and tune-in to your own success. Get the HFA Mini v2 amplify your blessings!

With the HFA Mini V2, You Can:

What Is the HFA Mini V2?

The HFA Mini v2 is a pendant that creates a Quantum shield around your aura, protecting you from the types of outside thoughts, feelings, vibrations that would normally cause a disturbance. It neutralizes negative energy and leaves you and those around you feeling more balanced and positive.

Imagine going through life feeling calmer and safer––how would your life change? If you had less fear and didn’t have to waste so much time processing others’ negativity… what could you accomplish? Now imagine that those closest to you could enjoy the same benefit. The positive impact on your life and relationships is enormous!

Have you heard of a Spiritual Vortex? There are several of these geologic “healing” spots around the Earth! 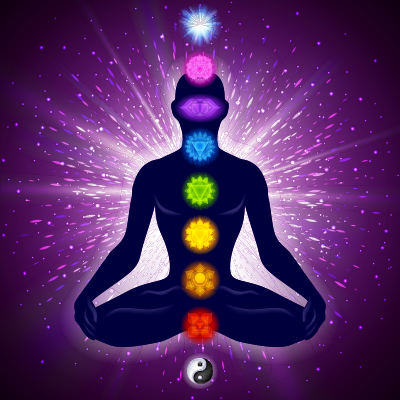 Travelers to sites like Sedona, AZ and The Great Pyramids of Giza often report feelings of deep peacefulness and comfort. That is because due to their specific properties, the energy around them has been cleared and charged. The HFA Mini v2 works in a similar way, except that you don’t have to travel anywhere to feel it!

This is the first step toward healing your outlook and supercharging your ability to manifest your dreams. Try it for yourself and see the awesome results––you’ll want to give one to everyone you love!

How Does the HFA MINI V2 Work? 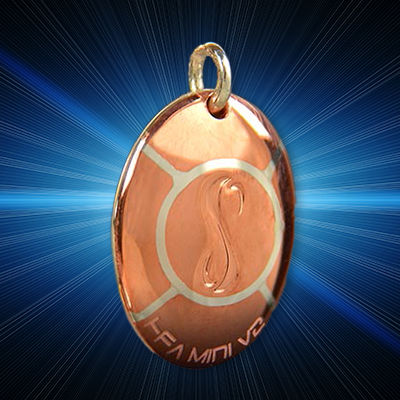 Like the other HFA devices, the HFA Mini v2 takes the negative energy from your surroundings, cleanses it and recharges its harmonic energy. It creates a Quantum shield around you that keeps you safe and feeling like you are wrapped in a womb of serenity.

Common disruptors in our environment like negative emotions, alcohol, drugs, some pharmaceuticals, even the radiation from a computer monitor can create holes or cracks in a person’s aura. If these breaks in the aura are not repaired, we are much more vulnerable to negative influences, which can lead to symptoms such as fatigue, mood swings, headaches, pain, unhealthy habits (addiction, overeating, self-sabotage) and disease. The HFA Mini v2 protects your etheric body from these aura disruptors and provides you with a healthy, protected space within which to heal yourself from any existing aura tears.

It works by employing sacred semi-precious metals in a specific configuration to induce properties of zero-point energy with infinite potential. Using the purest commercially available forms of copper and silver, the HFA Mini v2 is an aura-cleansing machine that is powered by your own body! The two metals act as conductors to circulate energy through ancient sacred symbols, attuning its vibration to be in harmony with the Earth. This clears your immediate atmosphere of unwanted frequencies and converts them into calm, positive, healing energy while amplifying your positive feelings and power of attraction! 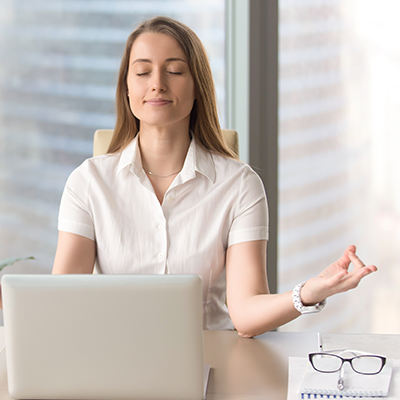 Wearing the HFA Mini v2 is a beautifully discreet way to protect yourself from the negative energetic influences of co-workers, strangers, and the media. It surrounds you with a consistently cleansed field of energy so that your own best intentions can shine. You might notice that goal setting and meditation are more effective than before, and that you simply feel more “at peace” and able to deal with life’s challenges with more ease than before.

Don’t be surprised if your interactions with others become more positive! It’s an energetic Law of the Universe that “like attracts like.” When your energy field is clearer and healthier, you will naturally attract people with healthier energy fields into your life!

Give yourself the gift of freedom from negative influence and synchronize your life to a more peaceful frequency. Order your HFA Mini v2 and harmonize with the manifestations you deserve!

The Power of Metals

Metals are amazing gifts from the Earth that have the ability to conduct electricity. Because of the way they were formed millions of years ago through the explosion of stars, they contain special galactic properties that are associated with different astrological elements.

The HFA Mini v2 uses the purest commercially available forms of metal that were selected based on their specific properties and ability to work together to generate a protective healing energy. 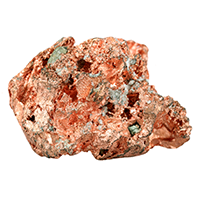 Associated with the planet Venus, copper can boost love, empathy, encourage healthy relationships, aid with blood circulation and contribute to financial well-being. As one of the most common currency metals around the world, it is infused with the energy of wealth… when you wear or carry it with you, it attracts more of the same! 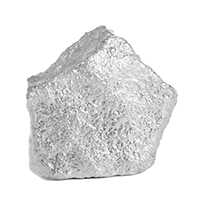 A symbol of the moon, silver can enhance intuition, wisdom, and psychic sensitivity. It is a super conductor but also considered a reflective metal, not just physically but energetically. Silver deflects negative energy and can shield you from psychic attacks. 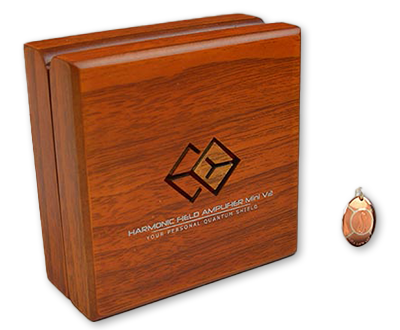 When you receive your HFA Mini v2, carefully unbox it and place your left thumb on the back of it so you can feel the grooves. Then put your attention on yourself and the space around you. Say these words out loud: “I honor the space in which you exist.” Your HFA Mini v2 is now linked to you!

Once linked, the HFA Mini v2 can be worn around your neck or placed in your pocket. The more time you spend with it, the more powerful the field will become over time. For maximum results, you should wear your HFA Mini v2 on a chain made of silver or copper to complement the energetic flow. Once your link has been established, it is good until you unlink it.

If you want to let someone else use your HFA Mini v2, then you will need to unlink it first. This process is the reverse of linking. Place your right thumb on the back of your HFA Mini v2 so you can feel the grooves. Then put your attention on yourself and the space around you. Say these words out loud: “I honor the space in which you exist.” Your HFA Mini v2 is now unlinked.

Hi Peter! I just wanted to express how much I love my Wishing Sphere and HFA Mini2! I feel so protected and peaceful! Some of my wishes have cone true!! I’m so excited! I asked for a check for $500 to spend on my trip and I got it!! My HFA mini started tarnishing RIGHT after an argument with my husband! It was literally shiny 1minute and tarnished the next! Wow!! I also wanted to let you know that I used a Pandora brand polishing cloth and it worked beautifully!! The shine cane back as well! Thank you for these amazing products!
Love and Blessings,
Mary

I love this little product.I have always been abit of a sponge as regards picking up other people’s energy around me,very empathic,and this device really helps me to stay balanced and clear and,if I do pick up something,it assists with cleansing my energy field thus freeing up time and energy.Much more efficient than anything else I’ve used.Thank you so much.🎆☀

The HFA MINI V2 I ordered came today in the mail. It wasn’t even out of the box yet, and I could feel the energy of LOVE and BEAUTY. Since I bought it as a gift, I just had to take a peak, before I presented it to the awesome person I am giving it to. I was SPEECHLESS. The pendant is so adorably beautiful and truly a treasure. I know this gift will inspire a relationship that is blessed. Thank you Peter and the MDM TEAM.